The Spirit to Overcome

From the first female slave stepping ashore from a slave ship to Michelle Obama, the first African American First Lady, all women of color have had to face daily challenges and struggles. In the fight against prejudice, bias, social and political limitations, many have risen as heroes, and some have emerged as true beacons of hope for us all. They shared “The Spirit To Overcome.”

This program takes students back to the early days of slavery with women such as Sojourner Truth and Harriet Tubman. Children will participate in an imaginary escape on the Underground Railroad. Other highlights include various historical achievements and an examination of some of the many “firsts” achieved by African American women. Included are Madam C. J. Walker who was the first American woman of any color to become a millionaire by her own achievements, and Bessie Coleman who was the first American of any color, or gender to receive an international pilots license. The presenter uses costumes to transform into some of the characters and slides as visual aids for most of the women spoken about. 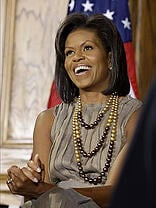 This interactive program not only offers a glimpse of the many contributions made to our world by African American women, but also celebrates the triumph of their undying spirit. Throughout the program students are encouraged to view the example of these women as an inspiration to keep their own spirits strong when faced with adversity.

Now available VIRTUALLY! Check out this video for a brief preview:

Our prices are among the most competitive in the school assembly industry. Please call your state's Program Consultant
at 800.433.7459 for the best pricing on this program.

Back to school assembly programs. 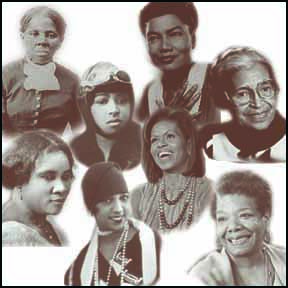 The struggle for freedom faced by African American women