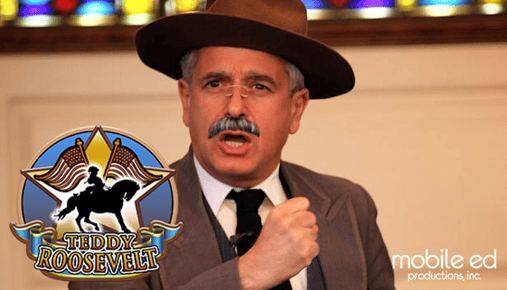 History comes alive!
Meet one of America’s most exciting and dynamic Presidents, Theodore "Teddy" Roosevelt. He was a hunter and conservationist. He was also a warrior who won the Nobel Peace Prize.  Now, he would like to come visit you and your students to share his story.

The 26th President of the United States tells tales of exploring the safari, climbing mountains and hiking the frontiers of America’s wilderness throughout his 45-minute assembly presentation.  In a highly interactive show, Teddy Roosevelt echoes his famous 1899 speech when he stresses the importance of living a strenuous life. He will encourage your school to persevere, overcome hardship and face challenges head on.  “Speak softly and carry a big stick; you will go far!”

This interactive portrayal by professional school performer Peter Small grew out of his love of history, while he taught history in the greater Los Angeles and Washington, D.C. areas. He has performed for a wide range of national audiences, including the Presidential Libraries of Richard Nixon, Ronald Reagan, Herbert Hoover, and George Bush and the History Channel. 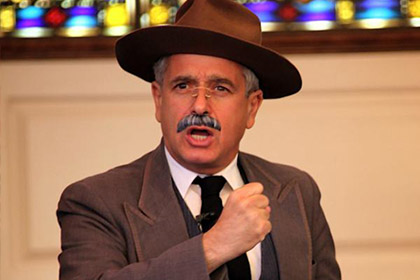 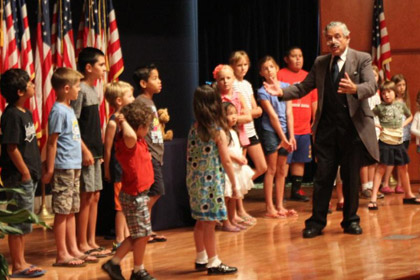 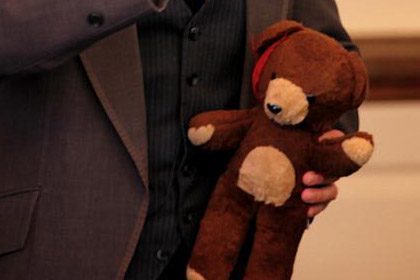 Meet one of America's most exciting figures - Theodore Roosevelt - in this 45-minute interactive presentation for kids K-8.