You've seen him before on TV - now see him in your school!

One of the most popular Ben Franklin impersonators in the country, Brian Mulligan, will be touring with Mobile Ed Productions this year performing his original one-man show "Ben Franklin: America's Inventor".  Brian Mulligan has made a name for himself not only as the Ben Franklin impersonator seen on Comedy Central's Workaholics, the documentary America: Facts VS Fiction, and The Jay Leno Show, he also has extensive experience performing for children.

"Before creating my one-man show, in 1990 I toured with a children's theater company called The Imagination Company." 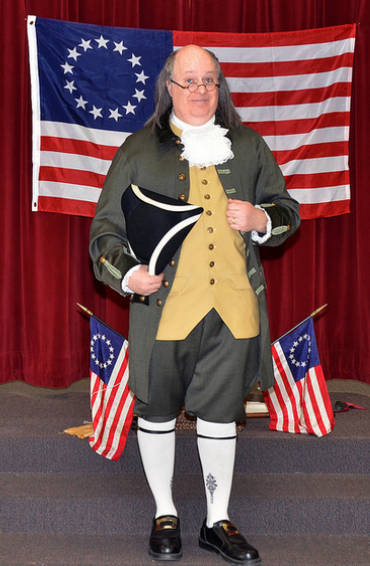 "I performed classic fables with three other actors and typically did two to four assembly shows per day with lots of audience participation."

Sounds like Brian will be an outstanding addition to Mobile Ed's catalog of experienced and trusted educational performers!

Mr. Mulligan will be taking his Ben Franklin: America's Inventor school assembly program on tour this year.  It will be available in his home state of Delaware as well as Washington DC, Maryland, Virginia, Pennsylvania and New Jersey.