Mobile Ed is proving once again that learning doesn’t have to stop when you leave the classroom, and the thirst for knowledge doesn’t stop when you grow up. In fact sometimes the older we get, the more we appreciate the lessons we learn from the past, especially those from Thomas Edison.

I know I myself, now that I am in my forties, I always catch myself being fascinated by things I learn that I either took for granted when I was younger, or didn’t have the context to value what I was learning.

Now we invite all ages to join in the fun and enjoy this unique opportunity to meet Thomas Edison! This is a fully dramatized interactive show that is much more than just a costumed portrayal. It’s a humorous presentation about science, technology, and the creative spirit. 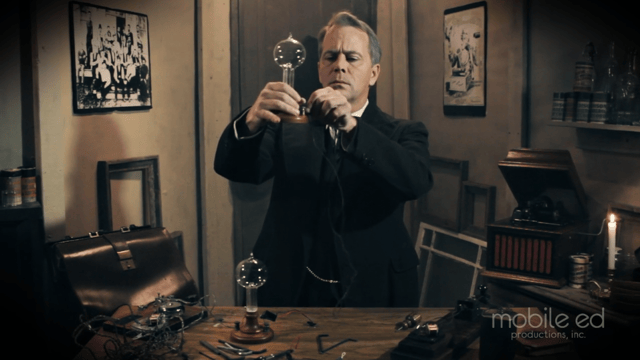 Thomas Edison starts off by telling you stories from his childhood, really giving you a feel for what life was like for a young boy to be growing up and the troubles he had fitting in at school, something a lot of us can identify with. Also we learn something pretty cool about his very understanding mother, who recognized that her son needed special attention in his education. After a teacher called her and told her that her son was “dumb”, she rejected that line of thinking and took her son under her wing and home schooled Thomas. This freed his mind, supported his imagination and nurtured his creativity. Quite ahead of her time to recognize the value of education fitting the student and the notion that everyone learns differently.

Edison had his share of adversities. He developed hearing problems at a very young age from a bout of Scarlet Fever and recurring ear infections. He rather colorfully attributed theses difficulties to a conductor lifting him by the ears to help him onto a moving train.

As a young adult Edison became a telegraph operator after he saved a young child from getting hit by a runaway train. The little boy’s father was so grateful, he took on Thomas as a pupil and trained him to be a telegraph operator. His interest in the machine really gave him the push to start tinkering with his own inventions, in fact, many of his earlier works involved much of the same technology such as the stock ticker and the electric vote counter. 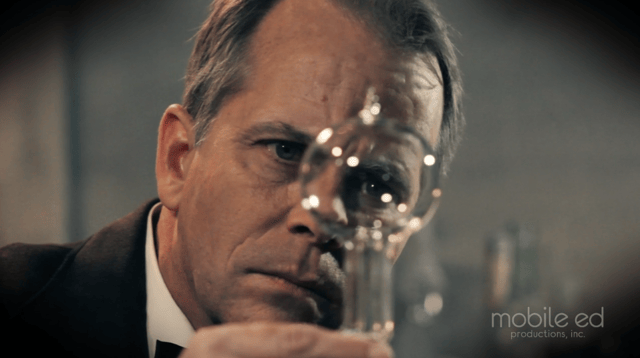 It’s amazing how much we have today because of Thomas Edison’s extraordinary talent for dreaming up the impossible. Once he was able to sell his creations, he opened up The Invention Factory, a place where he and his “boys”, as he called them pretty much invented the future.

Everything from the long burning light bulb, to the first phonograph player and the subsequent creation of the entire industry of recorded music is covered in the live show. There is also an amusing anecdote concerning the way that you would have to turn down the sound on the phonograph player. Since they hadn’t quite figured out volume control, they would stuff a piece of cloth in the speaker in order to muffle the sound. If that was not available, many times people would use a sock, which gives birth to the phrase, “Put a sock in it!” 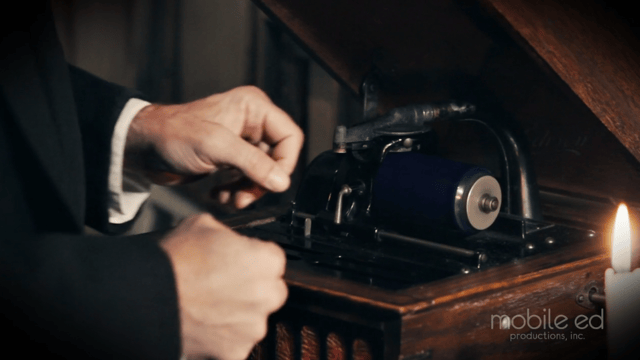 I find it fascinating to hear of the many ways he came up with some of his ideas. Quite a leap of genius thinking based on things that, at the time, no one had thought of yet.

For instance, when he came up with the idea that led to the invention of the movie camera, it all started when he realized that your eyes actually record what you are seeing. When you stare at something then suddenly blink or close your eyes, you can see the image still just for a few fractions of a second.  This is the concept of persistence of vision.

That got his mind racing and before you know it, he engineered the birth of motion pictures, an industry we still love.  Who doesn’t have a video camera everywhere they go nowadays on their smartphone? 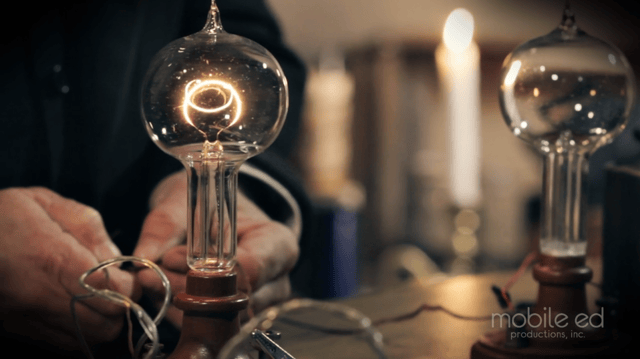 Edison truly revolutionized our way of life. It’s amazing how much his mind never stopped thinking up the impossible. No one else accomplished as much as he did. It is absolutely astounding that in a single lifetime, someone could invite even a hundred useful items. He gave us just over a thousand.  Astonishing.

For anyone who loves to create, who loves to tinker with machinery, or even just wonder "what if", Thomas Edison through Mobile Ed Productions is one of the best educational shows you can see.