Why Music is Important in Education

“Music is a world within itself
With a language we all understand
With an equal opportunity
For all to sing, dance and clap their hands”

For children and adults alike, music is an important part of daily life. It brings us together in happy times and sad times.  It gives us joy and comfort and as Stevie’s profound lyric states, it is one of the truly universal languages.

Music is a universal healer, and shown to be therapeutic to the mind and body. Music therapy has become an important tool to help those healing from sickness or traumatic issues. And when our favorite song makes us get up and move to the groove, well, there can be no greater feeling.

Those that sing or play instruments often find peace and empowerment in their craft. Songwriters have a very special gift in that their lyrics set to music can teach, comfort, amuse, and sometimes move people to take action to make the world a better place.

All these benefits of music are wonderful and fairly obvious. Music in education, whether it is in the form of a presentation to students by a singing group, orchestra, solo instrumentalist, etc., or participation by students in choir, band, school productions and the like can have benefits—some of which are not so obvious--that will last a lifetime.

Unfortunately music as part of the educational process in the United States and other nations has declined in recent years. The reasons for this range from budgetary concerns to pressure on schools to concentrate on math, reading and science, and achievement on standardized tests. Music, and the arts in general, are often the first programs on the “chopping block” during curriculum planning sessions and school board meetings, yet experience and studies have shown time and time again that music and the arts are an enhancement to the educational process. 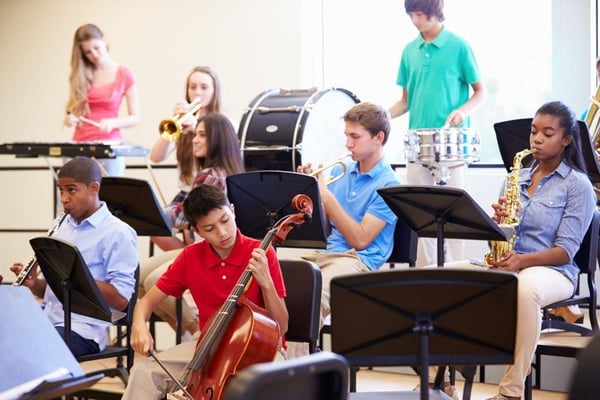 Whether it’s giving students the skills and discipline to work as a group, or enhancing math skills, music in education can play a vital role in a child’s development in school and beyond.

Academic Benefits of Music in Education

“Music is the pleasure the human soul experiences from counting without being aware that it is counting.”

Music in education can play a large role in academic performance in math, science and reading. Studies done over the past few decades have not only proven this to be true, but have also started to explain why.

One such study headed up by Peter Gouzouasis, professor of music education at the University of British Columbia, showed that high school students who played musical instruments performed far better in science, math and English. 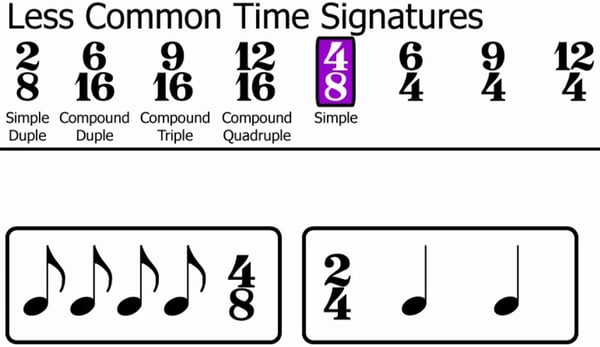 One of the most fascinating discoveries in this study was that students that did well in their music endeavors almost always did very well in their math studies. The concentration and discipline that it takes to perform on a musical instrument or sing translates to better performance in the classroom. Professor Gouzouasis also theorizes that music develops cognitive skills through developments in the auditory cortex in the brain in this article on the subject. 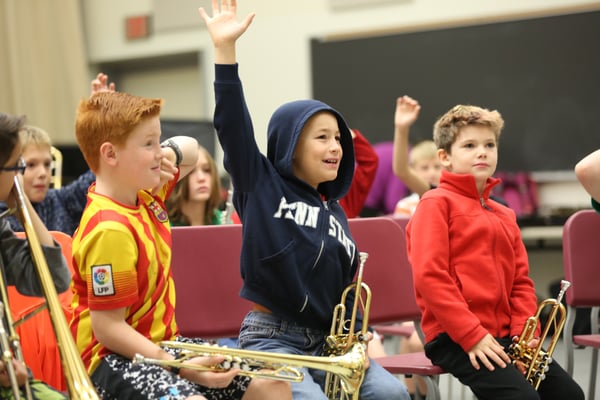 Another recent large-scale study published in 2018 establishes more evidence of the importance of music in education:

It's easier to bring music into the classroom than you think!  Even if your staff is not musically-inclined, there are services that can help

“The earth has music for those who listen.”
-William Shakespeare

Obviously, not all schoolchildren are going to have the desire to play instruments or sing in the choir. That said exposing children to all types of music as part of their educational experience has enormous benefits for their personal development and desire to become lifelong learners.

Besides the development of listening skills, kids bought together also develop a sense of community by being quiet, polite, and respectful of both performers and other audience members. Those skills instilled in children starting at an early age have lasting effects in school, the workplace, and beyond. Live music performances can sometimes inspire a child to either learn to play an instrument or sing, or to practice harder so they can become better performers and one day play or sing in front of others. 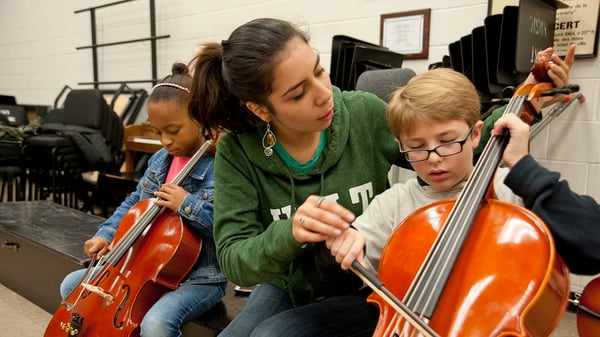 Bringing a large group together for performances in a gym or auditorium can sometimes be an enormous task for teachers and staff, and unfortunately there are times when a small group of unruly kids can make the experience unpleasant. However, over time exposing students to the wonderful joy and inspiration provided by a live music performance on a regular basis will have lasting positive effects on students and the school environment as a whole.

“Music education opens doors that help children pass from school into the world around them - a world of work, culture, intellectual activity, and human involvement. The future of our nation depends on providing our children with a complete education that includes music.”

Like all art forms, music offers a vast variety styles, instruments, and methods of presentation. The history of music teaches us about other countries and cultures, as well as how one form of music is often an off-shoot of another form that came about hundreds of years earlier.

Touring musicians with real, exotic instruments from all around the world can share their sounds and cultures with your students

America has a rich history of how music is a direct reflection of our history. A well known example of how music evolves over time is the story of rock & roll, which was borne out of the blues, which was borne out of the field songs or “hollers” sung by slaves on southern plantations. Another example is how bluegrass and country music were off-shoots of Irish folk music.

Strike Up the Band!  Let's Work Together

Music in education is not just about what happens during the school day. Participation in extra-curricular activities can also have very positive, long-lasting effects on students who put concerted effort into these programs.

Thanks in large part to television shows such as “Glee” and “American Idol,” advocacy by recording artists and industry organizations like NARAS, and the television exposure given to college and regional marching ensembles, there has been a renewed interest by students, parents and school professionals who are willing to put the time, effort and financial resources into show choirs, marching units, school musicals and a host of other ensemble and individual endeavors. Many school districts are pooling student, financial and equipment resources from several schools into larger groups that become quite successful. 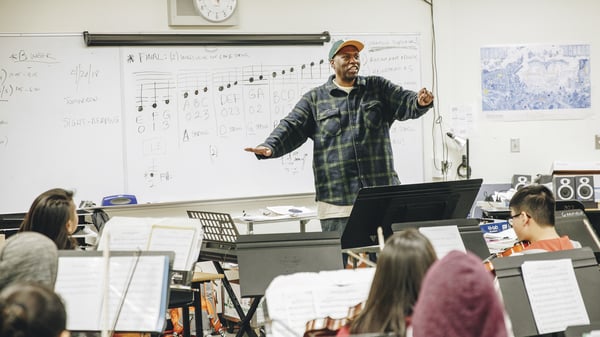 Participation in extra curricular activities is not all fun and games. Students must balance attending rehearsals with their schoolwork and family activities, and spend additional time practicing at home. Like being on a sports team, students must also be willing to be part of a group effort. Despite all of these challenges, the spirit of achievement and camaraderie on show day is palpable, and memories are cherished for years to come.

Music in Education: Many Measures of Success

“When the human being hears music, he has a sense of well being, because these tones harmonize with what he has experienced in the world of his spiritual home.”

If we take into account all the benefits discussed here and add what Professor Steiner so eloquently speaks to, there can be no question as to why music in education is so vitally important.

Take a look at the above video for some ideas for music assemblies in school.