Our Constitution, the Founding Fathers and School Assemblies 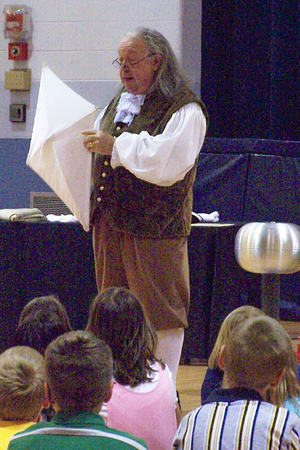 As you ponder ideas for school assemblies for next year, consider the following...

In any year, but particularly in an election year, there is a lot of discussion about what is and what is not constitutional, and about what the Founding Fathers really meant when they wrote that famous document. Every year we witness the Supreme Court  being called upon to discuss and decide upon which laws do and do not meet the threshold of “constitutionality”. Issues such as the separation of Church and State, campaign finance, and the limits of Federal authority are constantly being argued over, and the claim is frequently heard that “The Founding Fathers” did or did not intend such and such. And their intentions are often quoted on both sides of an issue.

But the fact is that the average American does not have a very good knowledge of the Founding Fathers. Other than a misplaced belief that George Washington chopped down a cherry tree (he didn’t), and an inaccurate notion that we won against the English by fighting “Indian style” (we didn’t), most Americans know very little about the men who founded our country.

It has been said that you cannot know where you are going if you do not know from whence you have come. Well, by this we would assume that the average American has no clue where we are going, because the average American, having little interest in history (how many times have you heard someone remark that “history is boring”?), knows almost nothing about history. 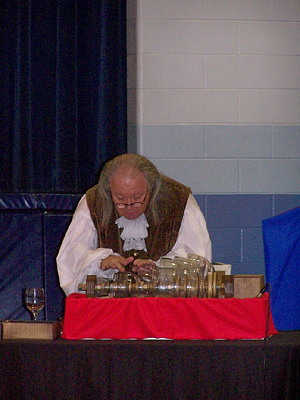 The place to change this is, of course, in school. But teachers, under the gun to meet mandated standards in reading and math, often have little time to actually teach history, let alone make it interesting and exciting for children. And, with years of experience in front of children, I myself can vouch for the fact that history, when presented well, IS exciting. And children are interested in history when it is brought alive for them in an exciting fashion.

But when it comes to the Founding Fathers, no one is better able to bring alive these men and their world and the challenges they faced than our own Dave Mitchell, otherwise known as Ben Franklin. In his school assembly, with elements of history, politics, science and invention, Dave is able to thoroughly capture the spirit of the old rogue and mesmerize children with the tales of his life. Schools absolutely love this amazing school assembly program.

And maybe ...just maybe ... as they grow into adults, these same children will have a slightly better idea of what the Founding Fathers really did intend when they began those famous lines “ We the People of the United States, in order to form a more perfect union...” 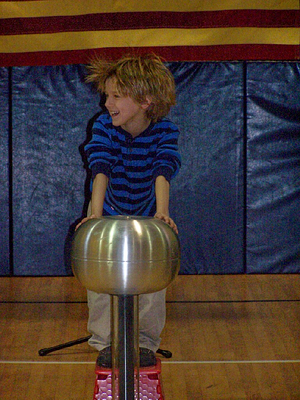