I love National Public Radio! Listening to NPR on my way to the office in the morning I often hear about things that are fascinating and about which I knew nothing before. 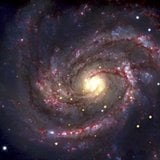 This morning there was a piece on a new astronomical event. Apparently, in 1979, a star was observed exploding into a Super Nova. But this was no ordinary event. It seems the explosion was large enough that it may have produced a black hole. And evidence suggests that this hole has, in the last thirty years, consumed an amount of mass equal to that of our entire planet, which, as these things go, is a lot! And this seems to be the very first time astronomers have been able to witness a black hole being born in a normal Super Nova. Way cool!

And this got me to thinking about, of course, school assemblies. Kids love this stuff. They love the stars, and astronomy. And aspects of astronomy and earth science are all through the state standards in most states. And yet there is often a disconnect between the innate curiosity of kids in this regard, and the teaching of the subject in school. 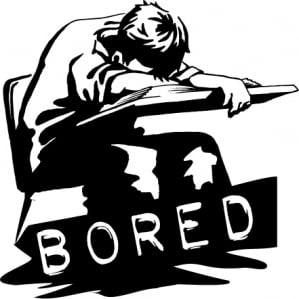 Not long ago I was out on a Boy Scout outing with my son’s scout troop and we had with us a young scout from an inner city neighborhood. That night, after all the young guys had turned in, but when the adults were still up chatting around a small fire, this young man got up to see what was going on. It was a clear night and by chance he looked up and was instantly transfixed by the sheer number and brilliance of the stars that were visible that night. Growing up in the city, he had had no idea of the number of stars to be seen on a clear dark night outside the lights of the city. He must have stood there for a good 45 minutes just lost in wonder.

But many young people never get that opportunity, and the context within a classroom is often so disconnected as to leave the students struggling to find the passion.

Yet they need to learn about the universe as this area is directly specified in the educational standards of most states,

Take the standards of Kentucky for an example. Here is a quoted section from the primary standards:

Students will describe the properties, locations and real or apparent movements of objects in the sky (Sun, moon).

And here is one from the fifth grade standards:

Students will compare components of our solar system, including using models/representations that illustrate the system.

Earth is the third planet from the Sun in a system that includes the moon, the Sun, eight other planets and their moons, and smaller objects. The Sun, an average star, is the central and largest body in the solar system. Models/diagrams provide understanding of scale within the solar system.”

And from the seventh:

Students will describe the concept of gravity and the effect of gravitational force between the sun, moon and Earth.

The gravitational pull of the Sun and moon on Earth's oceans as the major cause of tides can be understood from generalizations based on evidence. “ 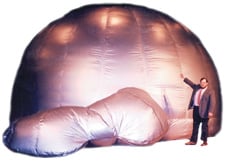 Well, here is where school assembly programs can be of enormous value to a school. Far from a simply entertaining distraction, programs such as SKYDOME Planetarium, cater directly to educational standards such as these, but do so in a fascinating, kid-friendly manner that encourages excitement and a desire to learn more. Seated within a huge dome (30 feet in diameter and some 16 feet tall, students witness our universe by way of a state of the art digital star projector which shows all aspects of the universe if which we live through stunning computer generated special effects, all the while accompanied by narration provided by a trained professional presenter. If you are looking for school assembly program ideas, science assemblies, or alternatives to field trips it doesn’t get much better than Skydome!

And to top it off, the presenter is even able to replicate the effects of a black hole. So should one of the students happen to be traveling in a car with an NPR addicted Dad, and should they happen to hear the same report this Dad heard this morning, it may well be the student who says “ Hey, Dad, turn that up. That’s the thing we heard about in the Skydome!”

And it really doesn’t get any better than that!