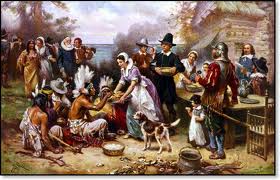 Well, tomorrow is Thanksgiving Day, and many of us will have severely expanded waistlines on Friday! I want to wish all of you a happy and joyous day, hopefully spent in celebration with family and loved ones.

But, we should also recognize that holidays are a perfect time to use a school assembly program to reinforce the meaning of the holiday for children. 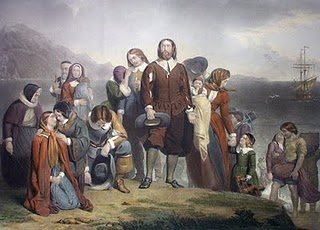 So let us take Thanksgiving as an example. All over the country in November school children draw pictures of the original pilgrims, and dress up in funny hats and that is great! The original meaning of Thanksgiving was to celebrate the blessings enjoyed by those pilgrims surviving the early difficult times of our nation. However, it is good to remember that Thanksgiving was first signed into law as an official national holiday by Abraham Lincoln in 1863. And at that time, we were also involved in the single most brutal and deadly war our country ever faced,
and we were fighting for the very survival of this great nation. As the war began to slowly turn in the favor of the North, there was much to be thankful for again (at least in the North!).

For this very reason, November is a surprisingly good time to schedule a school assembly visit from Abraham Lincoln and to remind children not only of the struggles to found our country but also of the great struggles that we suffered through in order to maintain it.

And there is also a wonderful anecdotal story from Lincoln relating to Thanksgiving that children just love. We always make it part of the program this time of year. Here is how it goes:

The Lincoln family loved animals and kept various pets at the White House. Periodically they would enjoy the gift of some animal intended for their dinner table. However, Lincoln’s sons, Willie and Tad, so dearly loved animals that they would often try to “adopt” the animal before it could be slaughtered. The Lincoln’s had a goat at the Whitehouse for this very reason. Among the president’s duties was that of attending to the disciplining of soldiers found guilty of desertion. The appropriate punishment at that time was execution, and it fell to Lincoln to sign each death order, a duty which he detested. Whenever he could, he would reach into a small compartment of his desk and take out a small piece of paper and write on it something like “The soldier - John Doe - is hereby pardoned - Signed A. Lincoln”, and send it along to the infuriated generals.

Well, one November, the Lincoln’s received a large turkey. Obviously it was intended for their feast but the two Lincoln boys, knowing nothing of the sort, immediately christened the bird “Tom” and began to treat it as a pet. When they learned of the turkeys intended fate they rushed to their father and burst into his office.

Lincoln smiled and reached into his desk retrieving a small piece of paper on which he wrote:

“The turkey, Tom, is hereby pardoned -  Signed A. Lincoln.”

And instructed the boys to give the paper to the chef.

So began a tradition which has continued on and off for presidents that followed. Certainly, we know that every president since 1989 had followed the practice, but it is also rumored that President Kennedy and President Truman also did so. 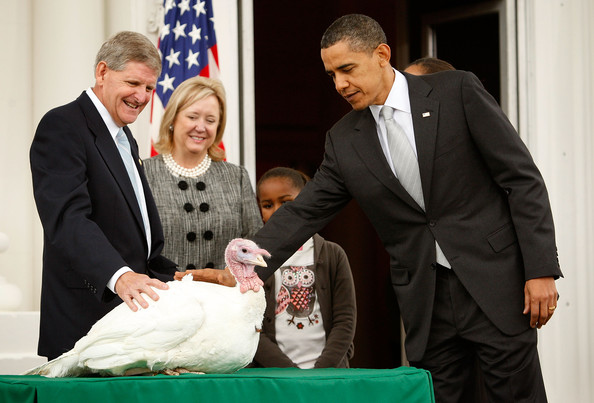 Regardless, these kind of stories are adored by children and placed within the context of a powerful school assembly help serve to remind our young of all the blessings and reasons for thankfulness that we enjoy in this great country!

Have a great Thanksgiving!