Cyber Monday, Presents and What is Good For Kids (School Assemblies!) 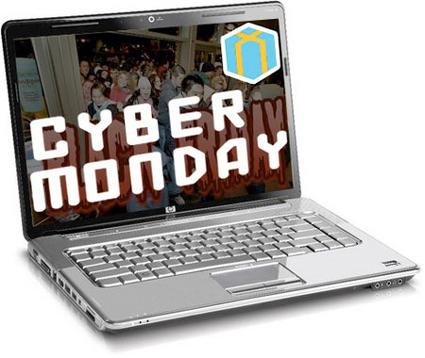 Well Happy Cyber Monday to you all!

In case you have (like me!) been living under a rock, the Monday in November following Black Friday and all the manic shopping madness is called Cyber Monday and has (since 2005) been designated as a day to promote shopping from online businesses.

So Happy Cyber Monday to you!

The stores were packed with people all weekend, and reports I heard indicate a lot of money was spent, way up from last year. I think it is easy to get caught up in spending in an environment like that. Surrounded by eager shoppers grabbing deals, it is easy to throw things into the cart that we don’t really need.

Still, the whole carnival atmosphere is exciting, and it seems that we Americans have an absolute love affair with shopping. And, of course, it is fun to get good deals at the store, and it is also a great feeling to give a gift of some kind to those about whom we care, especially kids. I mean, really, what kind of grinch doesn’t like giving kids a gift and seeing their faces light up?

But here is a thought. Holiday gift giving, at least when it concerns kids, often revolves around toys. Now I love toys. Just ask my kids. I am the biggest little kid around when it comes to playing with toys! But sometimes it is better for the child to give them something of more lasting benefit. Yeah, I know, who wants clothes under the Christmas tree? Or books? But later, when the fuss dies down, clothes and books and useful things often have a longer shelf life and a greater impact that the latest, fanciest toy. 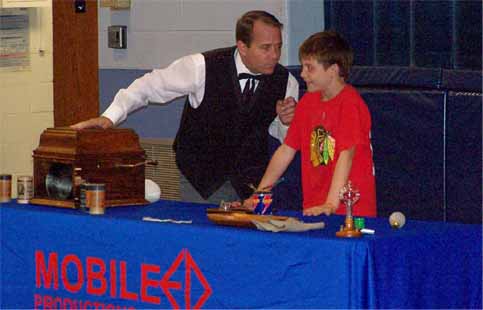 So here is a suggestion. This year, if you have kids, instead of plunking down another $20 for some toy they don’t really need to go with all the other toys they don't really need already under the tree, why not start a pool with other parents and bring a really cool school assembly or school show to your local school. It isn’t expensive (deals can be had in this area, too!) and the impact on your child will be much more lasting. An hour in the presence of Abraham Lincoln, or sitting under the stars in a world class planetarium, are experiences never to be forgotten and of immense educational value. Try arranging a visit from a president, or a great inventor. Or set up a live animal day so kids can be exposed to some of nature’s wonders. Or a visit from a portable planetarium. It doesn’t take very much money, especially if several parents all chip in, and the entire school will benefit.

And best of all, a school assembly is something you don't need to gift wrap! In fact, I have it on good authority that President Lincoln hates being gift wrapped! :-)